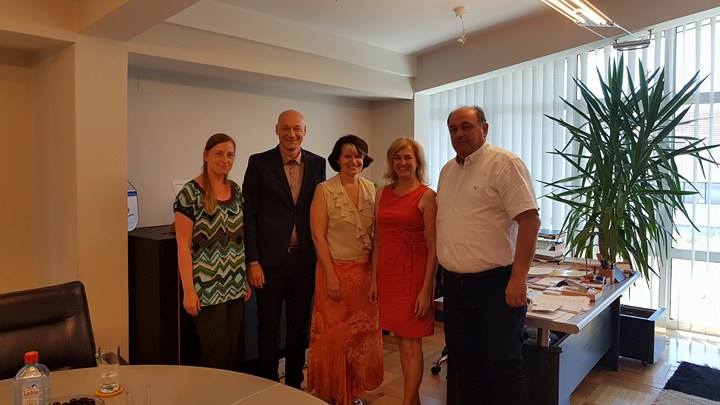 Regarding the results of the research one of the project goals has to be to raise awareness of the gender equality in large and medium-sized companies in Macedonia. Therefore, we invite you to build the awareness, spread the good practices and share with us your activities, programs and projects on equal involvement of women and men in your company. For more information on sharing your good practices, please contact Natalie C. Postruznik at natalie@izidavita.si.

The employment ratio of women in the Republic of Macedonia is 40.9%, while their inactivity rate is 41%, shows the National Research on Low Female Labour Market Participation, published by the UN WOMEN – United Nation Entity for Gender Equality and the Empowerment of Women in June 2017.

Income distribution by ethnicity and settlement suggests that it is similar between Macedonian and Albanian ethnicity, despite more Albanian women do not earn any income. Turk women feature worse, as three fourths of them earn between 10 and 20 thousand MKD, while Roma women feature the worst, since two third do not earn any income, which could be related to their highly disadvantaged position on the labour market and deep involvement in the informal and communal sector. In terms of the geographical position, women in the villages are slightly worse positioned on the income ladder than urban women.

Most women (43.8%) work forty hours per week which is considered as standard working week by the labour legislation. Slightly below 30% of them work overtime. Some women (6%) work unusually short hours (less than 9 hours per week) which is probably related to casual and unpaid work.

In the first days of July, the project team met in Macedonia at the first working meeting. The purpose of the visit was to present the project to the widest target group and to establish contacts with individuals of companies, chambers of commerce, non-governmental organizations and embassies who are willing to participate in the achievement of project results.

We met with representatives of Rotary Club, Chamber of Commerce, and companies. The outcome of the meetings is confirmation of participation in the project as project ambassadors in Macedonia and assistance in promoting the project and content on gender equality in leading positions in the economy.

The project team successfully implemented the agreements, reviewed the realization of the project so far and made plans for the next steps in achieving the set goals.

On the photo: representatives of one of the companies – Dass inženiring, Mr and Ms Trpovski and Izida Vita team).

Sofinancer projekta Enakopravna moč ženskam / Equal power to the women je Ministrstvo za zunanje zadeve Republike Slovenije /// Project Equal Power to the Women is partially financed by the Ministry of Foreign Affairs of Republic of Slovenia.
(disclaimer: The content of the newsletter represents the opinions of the authors and is not the official position of the Government of the Republic of Slovenia.)